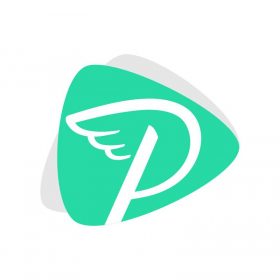 Tom is a man of many hats! He’s a WordPress user, avid blogger, developer, editor for Envato, and much more. He also takes the approach that he’ll scratch his own itch if he needs to. In this episode, we talk about how he tackles problems, why and how he built the plugin Page Template Dashboard, and his development tools.

Sponsored by:In this very special live episode, I had the opportunity to interview WordCamp US attendees and ask them 3 questions: What advice for Frontend Development optimizations do you have for us? How do you level up your skills? If you could go back in time and tell your younger self one thing, what would…

Sponsored by:Jason Coleman, CEO and Developer of Paid Memberships Pro talks about what he did to get started, some of the challenges of breaking into the WordPress plugin scene, how talking to others helped him set revenue expectations, and offers great advice on how to handle the inevitable negative feedback that comes with supporting 50,000…

Vito Peleg runs a very popular WordPress plugin called WP Feedback, but did you know he also runs a community under the same name? In this episode we talk all about the importance of community in growing your business. Now, during this episode we talk a lot about in-person events, and as I record this intro, there aren’t a whole lot of events going on right now. But digital communities are on the rise and they can be just as powerful. Take Vito’s advice to heart because it’s good, and important!

Sponsored by:Let me just tell you right off the bat: my business has grown from my mastermind group. And Ken Wallace…well he really knows what he’s talking about. If you need some extra business support (especially now), you’re not alone. In fact, Ken has bet his own business on it. In this episode, you’ll learn…

How I Built It
Tools Roundup for June 2020

We’re at the halfway mark for the year and I’ve been trying out a lot of new tools and processes. In this bonus episode, I wanted to talk about WordPress plugins, digital products, and analog tools that have helped me be more productive!

How I Built It
Improving Customer Relationships with John Vuong

John Vuong know SEO. But he knows relationships even more. AT a time where connecting with people face-to-face has become harder, John offers some fantastic advice for forging better relationship through communication – both with your current clients, and the ones that will soon be clients.