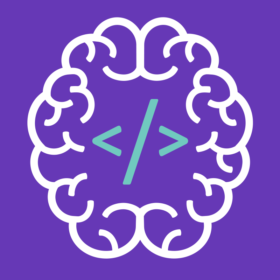 One thing the global pandemic taught us is we need to have a great online presence. This is especially true if you need to sell online – and let’s face it, we all do now. Well Patrick Garman of Mindsize has the knowledge and experience to help anyone launch and improve their eCommerce store. And he gives us some of his best stuff in today’s episode. Plus, Mindsize went through a bit of a rebrand, and we talk all about it in Build Something More.

Sponsored by: Let me just tell you right off the bat: my business has grown from my mastermind group. And Ken Wallace…well he really knows what he’s talking about. If you need some extra business support (especially now), you’re not alone. In fact, Ken has bet his own business on it. In this episode, you’ll…

It’s that time of year again! I round up my favorite media and tech picks of 2020 – but this year I’m doing it a little differently. Over on Casabona.org, I’ve written blog posts for the past several years, but I’ve never recorded my thoughts. So this year, along with a blog post, I decided to do a podcast episode too – this lets me ramble a little more and add some thoughts on 2021. I hope you enjoy!

Sponsored by: What is stopping you from creating content? That’s the question that Alban Brooke and I set out to answer. But it didn’t start that way. I thought we’d talk about podcast stats and what creators can do to make money. But there is no making money if there is no content. So we…

When just starting your business, it feels like the only financial question you’re asking is, “How can I make enough money to stay afloat?” And while that is a SUPER important question, it’s not the only question. In fact, today’s guest, Kathy Svetina, gives us several questions we should ask ourselves to better answer the question, “How can I make enough money?” Her financial security framework is one every business owner, from freelancer to agency should think about. Plus, in Build Something More, we dive into tax planning, charts, and financial planning!

Sponsored by: In this episode, I get to talk to Chris Coyier, we talk all about CodePen: the idea and execution, the interest tech stack and how it was coded, the challenges of certain features, and even a bit on taking VC funding. Definitely a great one to listen to! Show Notes CodePen CodePen Radio…