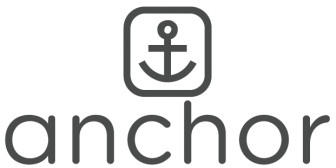 It’s the end of Season 1! In this 2-part episode, Jackie and I cover everything we’ve learned while starting a new podcast. In this part (part 1), we go over the ideas for each podcast, some early trial and error, pre- and post-production, tricks of the trade, and more.

Sponsored by:So far this season we’ve looked at starting an SEO agency and an SEO product. But what we haven’t looked at was a good strategy – especially when it comes to Pay per Click and the like. Well that changes this week with our guest, Pam Aungst. She’s an SEO expert with her own…

Sponsored by:Myke Hurley is a well-known podcaster and founder of Relay FM. To kick off Season 6, he gives us some fantastic advice on starting shows, sponsors, and lots more. His story is incredibly interesting and I think it’s a great way to start this season and the new year. Transcript Intro: Hey, everybody. Welcome…

Sponsored by:Or: “How I Met Your Mummers” In this first episode of Season 3, Tracy and I talk about doing client work vs. product work, owning an agency in Philly, and moving from the free to freemium pricing model. We also talk all sorts of non-computer stuff like raising children (being parents and business owners),…

In my experience, starting out, hiring a Virtual Assistant(VA) can take up more time than you’re saving. While this is true for any employee, part of the reason to hire a VA is to make more time in your schedule to focus on your business. So how do you do it right? Matthew Yahes answers this question, plus where to find good people, and how to properly onboard VAs. In Build Something More, we talk about how to let go of those tasks you’re holding on to!

Subscription services are increasingly popular and for good reason. On top of creating more predictable income for your business, they allow you to really focus and serve your subscribers instead of constantly trying to grind out new sales. Plus, it makes your business more sellable. We’ll talk about all of that and more in this week’s episode with John Warrillow, best-selling author of Built to Sell, The Automatic Customer, and The Art of Selling your business. And in Build Something More, we’ll even talk about what it’s like to write a best-selling book!

How I Built It
Running Virtual Events with Dave Shrein

Virtual summits are all the rage these days, but my friend Dave Shrein was doing them before they were cool. I participated in his event last year for his agency Campaign Donut, and I thought it was so well-run, I had to have him on the show to talk about it. Dave’s story is great and he offers lots of actionable advice. It’s always great when I can take something from an interview and implement it, and I did just that with Dave.