Today’s Episode is a little bit different. See, my friend Alastair McDermott has a couple of problems he’d like to solve: launching and promoting an online course, and growing his podcast. I believe these 2 things go hand-in-hand. A podcast is a great way to establish trust and expertise, which in-turn helps you sell more courses. So instead of Alastair dropping knowledge on us (which he does anyway…) we flip the script in this live coaching call, and he asks me a bunch of questions! This is one of my favorite episodes of the year – and highly educational for both of us! 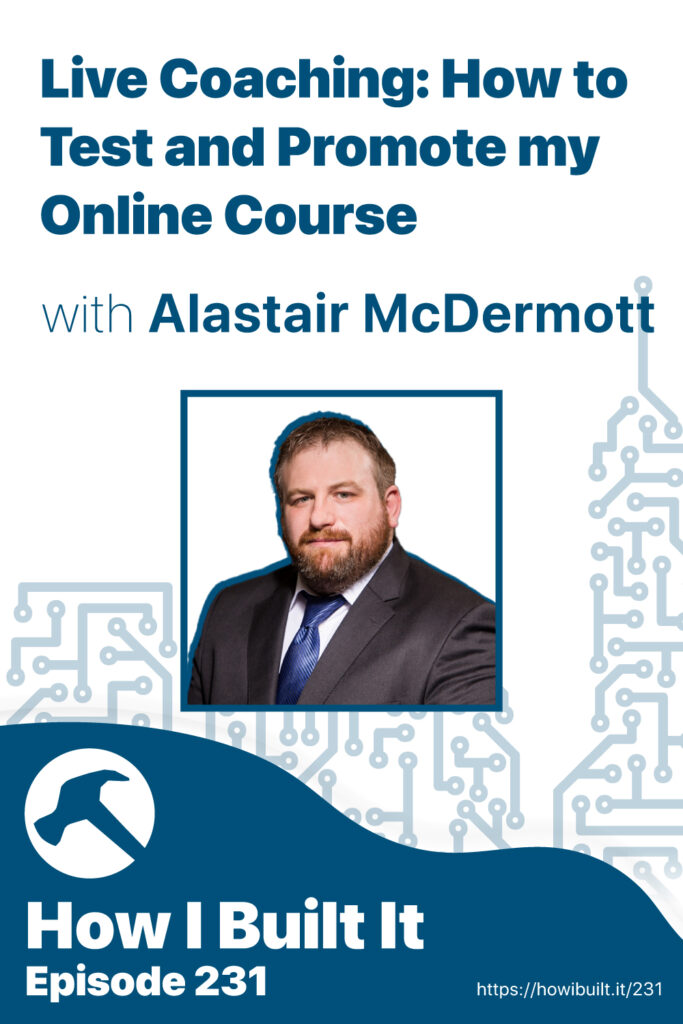 Sponsored by: Let me just tell you right off the bat: my business has grown from my mastermind group. And Ken Wallace…well he really knows what he’s talking about. If you need some extra business support (especially now), you’re not alone. In fact, Ken has bet his own business on it. In this episode, you’ll…

Sponsored by: In this episode, Andy and I discuss some of the specific challenges and rewards of developing WordPress sites for non-profits, why empathy is so important, and why you should never say never when choosing the right tool for the job. Show Notes Andy Stitt WP for Non-Profits How to Use WordPress to Build…

Sponsored by: This is the second of a 2-part series called Educational WordPress! In the last episode, I spoke to Chris Badgett. Today, it’s Justin Ferriman Justin Ferriman is the owner of the LearnDash LMS for WordPress. In this episode we talk about building an audience first, scratching your own itch, and listening to your…

Sponsored by: Colin Billings has built something that I’m incredibly interested in generally: hardware that contributes to home automation. He built Orro, the first truly responsive lighting system, out of his own frustration with lighting’s adverse impact on his wellness and sleep. Now the Orro Switch adds the computational power of an iPhone XR inside the…

This year, I made a concerted effort to have a good Black Friday sale. I started thinking about it early, put in a good sequence of emails, and promoted it more than I’ve promoted anything. The result? My best sale ever. So how did I do it, what were the numbers, and what did I learn? Listen to find out. Plus, in Build Something More, I share the actual revenue, and my thoughts on affiliate programs.