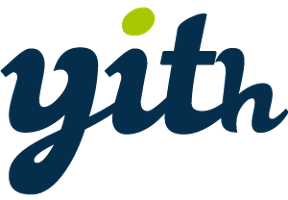 Nathan Ingram is a fantastic freelancer, educator, and coach. I met him doing iThemes Webinars and he always manages to ask the right questions and tee up the right talking points. I’m excited to talk to him today about how to manage client relationships. Last week we heard from Erin Flynn about her process for working less and mentioned the importance for finding the right clients. Nathan is going to dive deeper into that. We’ll talk about his book on this very topic, and then we’ll talk about a new project he recently launched to help freelancers.

A drum I’ve been beating for a while is you don’t need sponsors to make money podcasting. In fact, it might not even be the best way to make money. What if you had a product so perfectly aligned with the audience of your podcast, that you could get your listeners to buy it? That’s exactly what Sam Munoz does, and her approach to free content is admirable. If you have ANY business where you’re creating content, you need to hear this conversation. Plus, in Build Something More, Sam and I exchange stories about the time we wrote code for robots.

Sponsored by: Dejan Markovic and Tina Todorovic are two halves of the Social Web Suite dream team. They are some of the hardest working, passionate folks I know in the WordPress community and an absolutely joy to talk to. I love the tool and and hearing the evolution of the project and how they work…

Sponsored by: Brian is a computer scientist, entrepreneur, and angel investor. Due to his firm belief that data recovery shouldn’t be a prohibitively expensive service, Brian founded Gillware, where he and his team specialize in cyber risk assessments, data recovery, and incident response. Today we spoke about his journey in business growth, as well as…

Lately on this show we’ve been focusing on big picture stuff, but it’s really the small changes that make a big difference. Proof of that is Bud Kraus. He was trying to grow his newsletter and got nowhere….until he made a small change that grew it over 1,000 people in one year. Bud spills is secrets in this episode and tells you how you can do it too.

Sponsored by: PJ Taei is the founder of Uscreen, a video on demand service for people who are serious about selling videos. Whether it’s your online course or a video series, they have you covered. In this episode, PJ and I talk about controlling your platform and making videos as easy as possible. Show Notes…