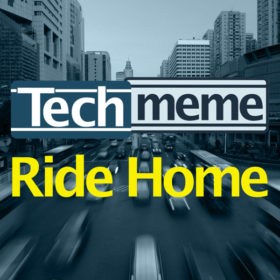 Mark Zahra, among other things, recently released the EDD Bookings plugin for Easy Digital Downloads.  I was excited to talk to him about this because it’s something that I thought of doing myself back when I was teaching multiple classes at the University of Scranton. When I was on campus to help manage a fluid schedule for my own office hours, I deemed that project was maybe a little over my head for the amount of time that I had. It’s very cool to see that it’s come to fruition a few years later. Mark also hosts Mastermind.FM and worked over at WP Mayor.

Checkout the How I Built It Shop for t-shirts and more. And make sure to join our Facebook Community!

Finding time as a busy creator or small business owner can be tough. But what about being a single mom, running a content business, in a competitive space, and making money doing? That’s exactly what Christine Pittman does, running her hugely successfully cooking blogs and podcasts. Tune in to get tips about starting, staying consistent, making money, and the important role analytics plays in all of it. Plus, in Build Something More, we talk about what it’s like cooking for our kids as business-running parents.

Sponsored by:Dan Stocke knows marketing, and knows the pain of using the Facebook Ads Manager. So he created an easier way to do it. We’ll talk about how he took his idea from need to launch, talk to developers, and refined the process based on feedback. Transcript Intro: Hello, welcome to episode 112 of How…

Sponsored by:In today’s episode, I chat with Blair Williams, a WordPress veteran with lots of great plugins. We’ll talk specifically about MemberPress and what it’s like creating that, the decision making that went into their pricing, wp-cron, and lots more. Show Notes: MemberPress Blair’s other plugins wp-cron() COBOL Tutorials Pledge on Patreon Transcript Intro: Hey…

Sponsored by:Logan and I talk about what it’s like to sell royalty free music with Easy Digital Downloads, as well as the music-writing process, good sound editing, and tips for recording. This is a great episode because Logan is not necessarily in the WordPress space, but he is using WordPress to sell his music. Show…

Sponsored by:I focused a lot on automation in 2018, so I was really excited to talk to today’s guest, Chris Bintliff, on how he used automation for his client-onboarding process. Chis is a fantastic, energetic guy and offers a lot of great advice here. If you’re looking to save time through automation, this is for…

Sponsored by:Brian Hogg is a Canadian, WordPress Plugin Developer, Educator, and more. He has a few great courses on how to create WordPress plugins and a very informative newsletter to go with them. In this 2 part episode, we discuss his plugins as well as general plugin development; this includes build tools, SVN, submitting to…