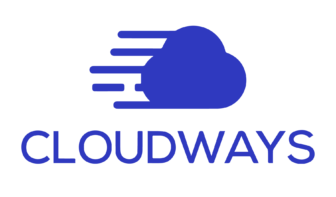 Nathan Beckord is the CEO of Founder Suite, a group of tools to help those seeking venture capital, as well as tools for venture capitalists. We talked all about how he built this after spending a decade helping startups raise their own VC. We also cover how to seek VC funding, and if business plans are even useful anymore. It’s a fun conversation in an area I’m only loosely familiar with – so I learned a lot. I think you will too!

Sponsored by:That was Josh Garofalo and let me tell you: I loved this conversation. He’s a marketer and research and we dig deep into the latter. He tells us how important it is to do your research when you’re writing copy for you website. You want to solve your customers problems, and there are a…

How do you get the NY Times (or the WSJ) to publish your article? Do you just email them and hope for the best? Well…you can, but according to Stephanie Lee, you shouldn’t. See, Stephanie is a media strategist who’s been published in the NY Times, and has gotten her clients into publications like Entrepreneur…through cold pitching! She says the important thing for you is to build clout markers to show you are trustworthy. And today, she walks us through how to do that using her Slingshot method. Plus, we answer the question, “Will PR outreach make me rich?” In an extra long build something more, we chat conferences, World of Warcraft, and…Scranton? Like from The Office?

Sponsored by:In today’s episode, I chat with Blair Williams, a WordPress veteran with lots of great plugins. We’ll talk specifically about MemberPress and what it’s like creating that, the decision making that went into their pricing, wp-cron, and lots more. Show Notes: MemberPress Blair’s other plugins wp-cron() COBOL Tutorials Pledge on Patreon Transcript Intro: Hey…

today’s guest, Lauren Kennedy, has known all her life. Realizing then, she took her drive and built a marketing automation company…with a twist. While both marketing and automation can be terms associated with the impersonal, she’s set out to build a people-first company. And that’s the main focus of our discussion today. Of-course, it didn’t stop me from asking about marketing automation. And in Build Something More, we talk about being active and helping people on social media, including Reddit.

The 2019 holiday season is here! Many of you are business owners, remote workers, and freelancers – so I thought I’d put together a bonus episode based on my 2 popular gift guides. Here are some great gifts for podcasters, and people who work from home! Transcript Hey everybody. Before we get started this week,…